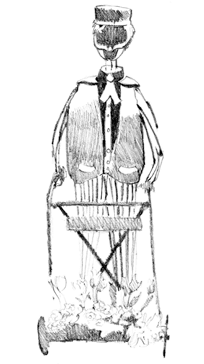 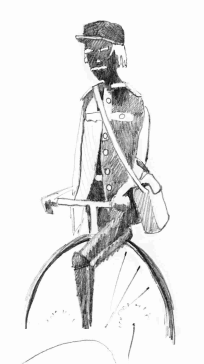 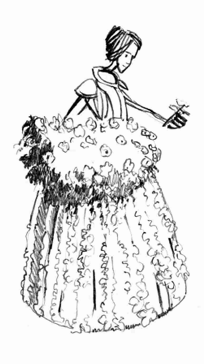 Victorian Flower Seller - another of Morag's commissions for the Bloom in 1996, she orginally sat in the small garden opposite the Bank of Scotland, she moved to her present site the banks in 2003.